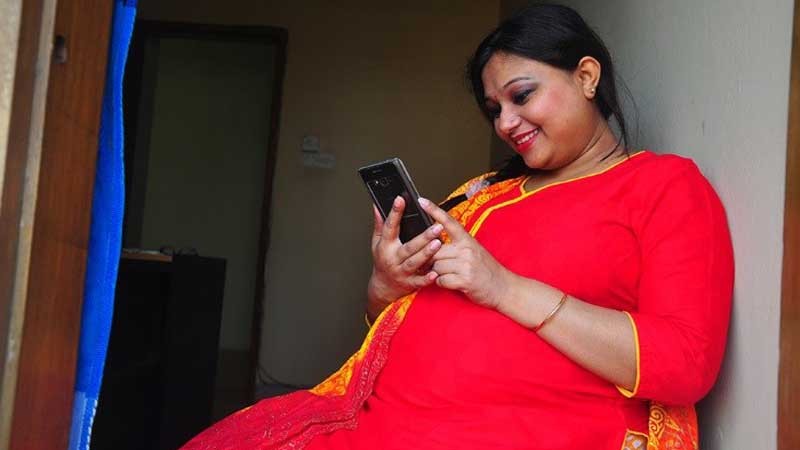 After five years of her marriage, both her husband and she decided to have their first child. Their next days and nights, were dedicated in thinking about the baby and planning its upbringing. In all those thoughts there was also a fear. Fear of not knowing what would it be like after conceiving. Sutapa found it difficult to accept that her body was starting to change as days went by, it was altering day by day. Everything started becoming so complicated. Sutapa wasn’t familiar with such experience because for the first time in her life she was becoming a mother. She had seen many relatives, friends and colleagues becoming pregnant but for the first time she was carrying a baby in her womb and the feeling made her happy as well as nervous all the time.

Initially she faced some minor problems but she didn’t worry about it at all. After two and a half months of her pregnancy, she faced her first major pregnancy issue. She knew that during this period, the tendency to puke or vomit might accelerate, eating may become troublesome at times. For her, this entire experience became a feared one. She couldn’t tolerate the smell of anything, she would start vomiting as soon as she smelled any food. Sutapa found it very difficult to get inside the kitchen, as she found it difficult to stop the feeling of queasiness as soon as she smelt the spices, the vegetables or the fishes. She was in a dilemma, she did not know what to do. Sutapa’s mother in law believed that she was creating a bit of drama there. Mother in law herself had been a mother and she never had this kind of feeling, she worked in her house till the day of her delivery. Sutapa started feeling quite lonely and alone. To bring her out of this helpless state, came her friend Rukhsana. Rukhsana took Sutapa’s cell phone and got her registered to Aponjon service. Aponjon sent her two messages per week. Every week there were advices and suggestions to overcome any maternal complications that may arrive. And these advices were not only for the pregnant women but also for the family members such as in-laws, husband, brothers and sisters to note down so that they are also aware of the situation and can act when needed. Initially the messages did not appear to be interesting to Sutapa. But when she was in 12th week of her pregnancy she noticed that she felt restless for no reason and was always in a bad mood, for which she ended up in a quarrel with someone. She even fought twice with her mother in law. Sutapa could not understand what was happening, why it was happening.

One day a message from Aponjon came, it said- “you are now in your 12th week of pregnancy, during this time you might feel restless and anxious, and you might feel low. Try to spend most of your time with your loved and close ones. Talk and always be in your jolly mood”. After seeing this message Sutapa felt a whole lot better. She thought she was getting ill, going through some mental disorder. The message made her feel quite confident and relaxed. She showed it to her husband and her husband showed it to his mother, in a span of time the entire scenario changed; this message changed the entire environment of the house. Everyone in the house became quite caring about her from that point. If Sutapa got angry during these times, her husband, in-laws and other members handled it considerately and they stayed calm about this as they were made aware that being anxious and restless are associated with pregnancy. A pregnant woman always needs love, support and friendly gesture from her home.

According to Sutapa, some information in the messages from Aponjon were already known to her but some information which they provided were unknown and they really helped her during pregnancy period.